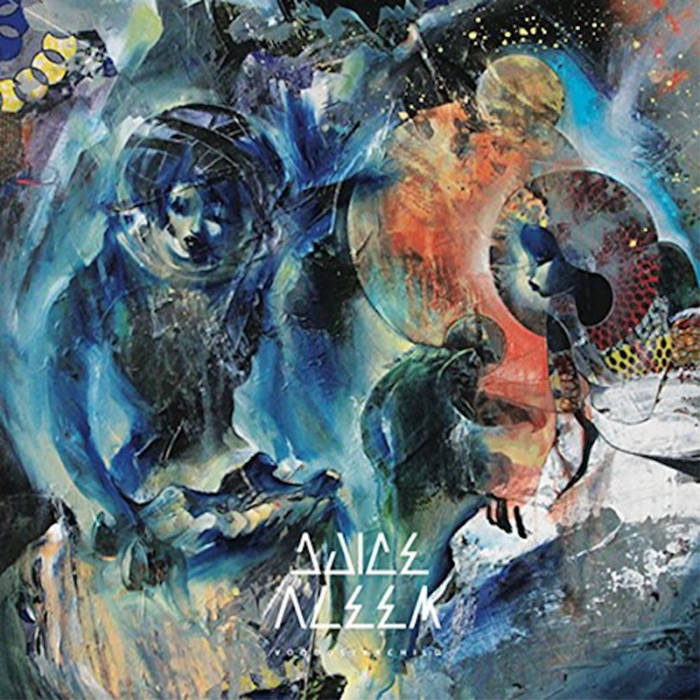 Jyrki The album is like a big puzzle exhibition and I like puzzle games. Plus they are multidimensional and look beautiful like butterfly wings. Logic gets you from A to B, imagination gets you everywhere, said some wise dude back in time.. Seems like your spaceship can handle more G's and delta T than mine to be ;) Favorite track: Control All Gates.

A perfect follow up to 2009’s Jerusalaam Come, with Aleem bringing the darker elements of society that we tend to be afraid to voice. Those natural inner feelings that natives are told to shun in order to live an alien life.
His most collaborative effort to date the album features the words and music of left of centre luminaries such as Mike Ladd, Roots Manuva, West Coast legend Myka 9, Kashmere / Lord Rao and Anti-Pop Consortium’s HPrizm.
Add to the mix a slew of newercomers in the shape of Naomi Whelan and Shadowless’ Wasif Scion who come through with the high beams:
Chosen not simply because of their abilities but because of their understandings of the projects content.

Juice’s latest album is as much celebration as it is a call for new ways of living.

The album’s artwork was perfected by the one known as Will Barras. The premium package has extra work too and is also available as a vinyl pre-order from Gamma Proforma.

Voodu StarChild is the sound of what happens after your mother travels to the other side and you fully understand how much she had done for you and your siblings with so little help.
When you inner sight how unconnected you are to the world around you without the anchor of your mother’s presence.
How much your culture and history is a particular one rooted in other hemispheres across the Black Atlantic.
A refinding of that divine spark that makes us who we are.
That special spark hidden in the darkness of every creature that lives or ever will.
Voodu StarChild is the celebration of our darkness. The sound of our links back to the divine feminine.
An echo from the balanced self we were told to hide.
Voodu StarChild is escape from the Inquisition of now.
Every tradition states that the dark came before the light. The natural comfort of the womb before the confusion of neon signs.
Do not be afraid of your Voodu.

1. VooduStarChild. Produced by Ben One.

5. The Watchers. Produced by Ebu Blackitude

8. The Ritual. Produced by Ben One & Wasif Scion

10. Control All Gates. Produced by Evil 9

"His defiant staccato delivery somewhere between Pharoahe Monch and Dizzee Rascal, and a lyrical style which excels both inside and roundabout the beat, it was little surprise that his solo debut, 2009's JERUSALAAM COME, would ravenously gather up critical praise. Juice's flows are persistent--equal parts reggae toaster, raconteur, and huckster." - Jason Thurston, allmusic.com ... more

Bandcamp Daily  your guide to the world of Bandcamp